PhD in History from the University of the West Indies. She was the first woman to serve as Saint Lucia’s Ambassador to the Organisation of Eastern Caribbean States (OECS) and CARICOM with responsibility for Diaspora Affairs, a position she held from 2008-2016. She was also the first woman to serve as an OECS Commissioner and to be ratified as the Secretary General of the Association of Caribbean States. She also worked for ten years at the Eastern Caribbean Central Bank in the Human Resources Department, the Research Department and the Strategic Policy Unit. 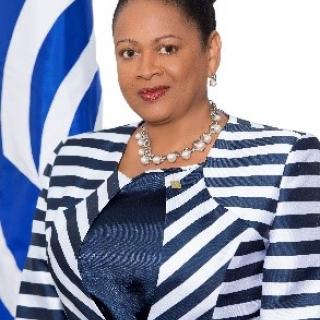 Secretary General of the Association of Caribbean States