Home » Press centre » Gender Equality and Women’s Autonomy Must Be at the Core of the New Development Model that the Region Urgently Needs: ECLAC
Available in: EnglishEspañol

Gender Equality and Women’s Autonomy Must Be at the Core of the New Development Model that the Region Urgently Needs: ECLAC

In the framework of the XIV Regional Conference on Women in Latin America and the Caribbean, which was held in January in Chile, the United Nations regional organization presented a document entitled Women's Autonomy in Changing Economic Scenarios.
26 January 2020 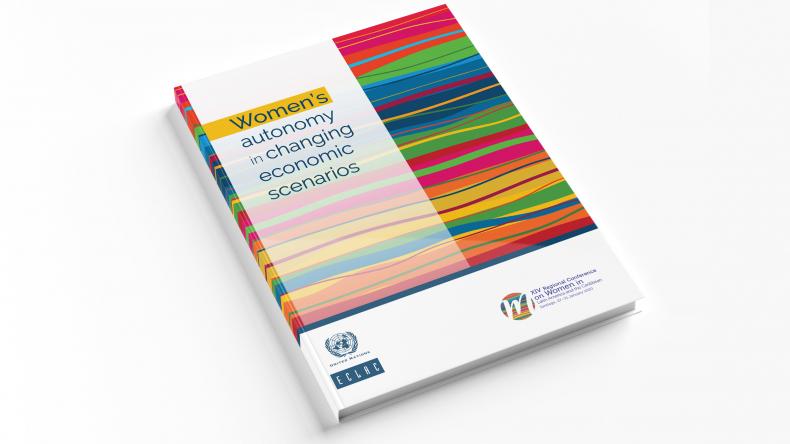 Latin American and Caribbean countries must accelerate their compliance with the commitments adopted by governments to achieve gender equality and women’s autonomy in the region, in the current, complex economic context and taking into account the many challenges posed by the technological, demographic and climatic transformations under way, the Economic Commission for Latin America and the Caribbean (ECLAC) sustains in a new publication.

“Gender inequalities are an obstacle to sustainable development and the shifting scenarios that the region faces are proof of the urgent need for a decisive step towards development models that include gender equality and women’s autonomy at their core, as well as guaranteeing the rights of everyone without exception,” ECLAC indicates in the document Women’s Autonomy in Changing Economic Scenarios.

The region is growing less, while at the same time inequalities and poverty increase. This presents a complex situation in terms of social spending and, above all, the policies that have repercussions for women’s lives, according to the report that will be officially unveiled by Alicia Bárcena, the regional organization’s Executive Secretary, during the XIV Regional Conference on Women in Latin America and the Caribbean, to be held from January 27 to January 31, 2020 in Santiago, Chile.

Participants in the gathering – organized by ECLAC with support from the United Nations Entity for Gender Equality and the Empowerment of Women (UN Women) – will include the Vice Presidents of Colombia, Costa Rica and El Salvador, twenty-odd ministers of women’s affairs and senior authorities from mechanisms for women’s advancement in the region, as well as representatives of civil society organizations, academia, intergovernmental agencies and the United Nations system.

The report, containing over 200 pages, recognizes significant progress on gender equality and women’s autonomy in the region. Advances have been made particularly with regard to regulatory and institutional frameworks for designing and implementing policies on the three dimensions of women’s autonomy: physical, economic, and decision-making. However, numerous structural challenges remain that must be overcome, the Commission contends.

The percentage of women without their own income dropped from 41.0% in 2002 to 27.5% in 2018; however, this latter figure is still above that of men in the same situation (13.1%). This means that nearly one third of women in the region fully depend on others for their subsistence, which is coupled with the fact that women are overrepresented in the population experiencing poverty: the regional average of the femininity index of poor households (which includes 18 countries) rose from 105 women for every 100 men in 2002 to 113 women for every 100 men in 2018.

In contrast, the document indicates that women are underrepresented in the fields of science, technology, engineering and mathematics, which limits their possibilities for better economic insertion and, in a global context of the financial markets’ increasing expansion and volatility, they continue to face unfavorable conditions for accessing credit. The total amount of women’s current credit is equivalent to 57% of that of men in the case of Chile, 67% in the case of Costa Rica, and 59% in the case of Guatemala.

Automation, the study notes, will bring changes to the way paid work is organized, primarily affecting activities that have a high concentration of routine tasks. It is estimated that 50.1% of women in the region perform precisely those jobs that are unskilled or service-related – occupations that have a high probability of being automated.

One of the structural constraints of gender inequality in the region is the sexual division of labor and the unjust social organization of care. On a daily basis, women in the region spend triple the amount of time on domestic and unpaid care work than men do.

The report indicates that in Latin America and the Caribbean, women are primarily responsible for meeting the care needs of older adults, in a context in which there is also a feminization of old age: for every 100 men 60 years of age and older, there are 123 women in that same age bracket, while in the case of the population 80 years and older, the figure rises to 159 women for every 100 men.

According to ECLAC, it is necessary to redouble efforts to design public policies for equality that would recognize women’s contribution to the economy through domestic and unpaid care work, and promote co-responsibility and a fairer distribution of workloads. If States do not provide adequate public benefits and services, families – and women in particular – will have to meet the increasing demands of caring for older persons on an individual basis, often at the expense of their labor market participation, their well-being and their personal fulfillment, the Commission says.

At the same time, the report denounces how indigenous and Afro-descendant women are rendered invisible. For example, the proportion of Afro-descendant young women who neither study nor have paid work is 2.6 times higher than that of non-Afro-descendant, non-indigenous young men.

“A comprehensive and transformative approach to public policy is required to advance the achievement of women’s autonomy and rights in the current context. The interaction between macroeconomic, production, innovation, climate and employment policies and policies on care, education, migration, health and the eradication of violence against women must be analyzed, in a move to overcome these challenges as a whole,” ECLAC proposes.

Members of the media are invited to cover this Regional Conference, which will be held at ECLAC’s headquarters (Av. Dag Hammarskjöld 3477, Vitacura, Santiago, Chile). Journalists must have their media credentials or identity documents with them to gain access to the building, and they must get accredited ahead of time using this form.

The event will be transmitted live via ECLAC’s website www.cepal.org.