Home » Press centre » XIV Regional Conference on Women in Latin America and the Caribbean Will Be Held January 27-31 in Chile
Available in: EnglishEspañol

Women’s autonomy in changing economic scenarios will be the main theme of the gathering organized by ECLAC with support from UN Women.
22 January 2020 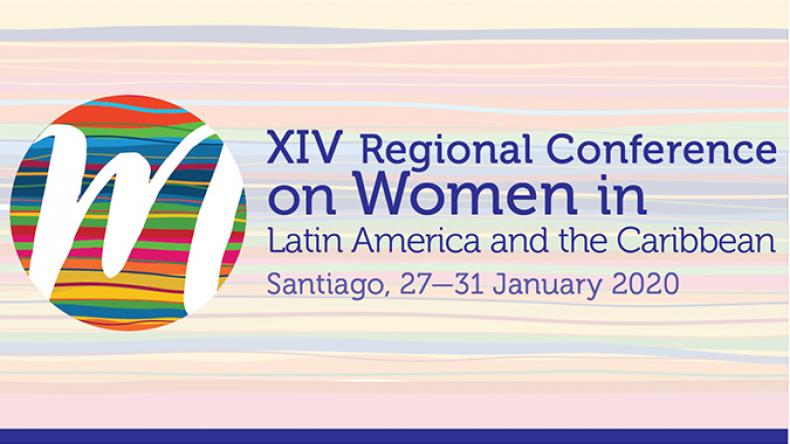 The Vice Presidents of Colombia (Marta Lucía Ramírez), Costa Rica (Epsy Campbell), and El Salvador (Félix Ulloa), along with twenty-odd ministers of women’s affairs and senior authorities from mechanisms for women’s advancement, as well as officials from other areas of government, will gather at ECLAC’s headquarters in Santiago, Chile on January 27-31 to participate in the XIV Regional Conference on Women in Latin America and the Caribbean, the foremost intergovernmental forum on women’s rights and gender equality in the region.

The event – organized by the Economic Commission for Latin America and the Caribbean (ECLAC) with the support of the United Nations Entity for Gender Equality and the Empowerment of Women (UN Women) – will be centered on the main theme of women’s autonomy in changing economic scenarios.

Representatives of civil society organizations, the academic sector, intergovernmental agencies, and the United Nations system are expected to attend.

The Regional Conference on Women in Latin America and the Caribbean is a subsidiary body of ECLAC, convened regularly since 1977 to identify the situation of women’s autonomy and rights at the regional and subregional levels, present public policy recommendations for gender equality, and undertake periodic assessments of the activities carried out in fulfillment of regional and international agreements. Its most recent sessions were held in Montevideo (2016), Santo Domingo (2013), Brasilia (2010) and Quito (2007).

At the conference in Santiago, Alicia Bárcena will present the position document Women’s Autonomy in Changing Economic Scenarios, which will nourish the debate among delegations.

The Conference’s programme contemplates six panels, a special session, a roundtable and more than 30 side events.

The segments that stand out include a high-level panel on the Montevideo Strategy for Implementation of the Regional Gender Agenda within the Sustainable Development Framework by 2030, adopted in 2016 during the XIII Regional Conference; a special session on the twenty-fifth anniversary of the Beijing Declaration and Platform for Action (Beijing+25); and a roundtable on the challenges of comprehensive policies for gender equality.

There will also be thematic panels on globalization and gender equality, the digital revolution, the care economy, and climate change. Finally, a plenary session will be held for the consideration and approval of the Conference’s agreements.

Members of the media are invited to cover this Regional Conference, which will be held at ECLAC’s headquarters (Av. Dag Hammarskjöld 3477, Vitacura, Santiago, Chile). Journalists must have their media credentials or identity documents with them to gain access to the building, and they must get accredited ahead of time using this form.

The event will be transmitted live via ECLAC’s website https://www.cepal.org/en.

LIVE TRANSMISSION Media accreditation Brochure. What is the Regional Conference on Women in Latin America and the Caribbean?