Home » Press centre » ECLAC: It is Time for Transformational Changes, Like the One Proposed by the Care Society
Available in: EnglishEspañol

ECLAC: It is Time for Transformational Changes, Like the One Proposed by the Care Society

The regional organization’s Executive Secretary, José Manuel Salazar-Xirinachs, presented today the main document of the XV Regional Conference on Women in Latin America and the Caribbean, which is taking place through Friday in Buenos Aires.
9 de November de 2022 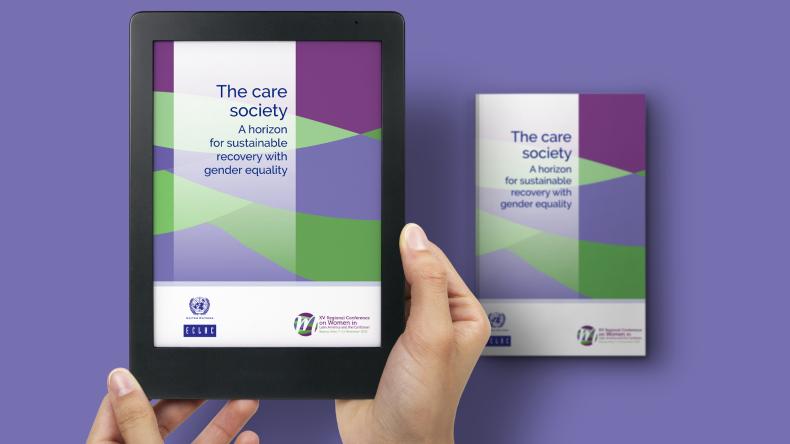 “It is time for transformational changes, like the one proposed by the care society,” José Manuel Salazar-Xirinachs, Executive Secretary of the Economic Commission for Latin America and the Caribbean (ECLAC), stressed today during the presentation of the document The care society: A horizon for sustainable recovery with gender equality, which is guiding the work of the XV Regional Conference on Women in Latin America and the Caribbean, being held in Buenos Aires, Argentina.

The world and the region are in a scenario of prolonged, multidimensional crisis and an uneven recovery that has disproportionately affected women, worsening the structural constraints of gender inequality, ECLAC sustains in the publication. This scenario requires accurate assessments and concrete proposals that would enable leaving behind a development model that has disregarded the care of people and the planet.

“Amid the cascading crises, we need inspiring proposals. That is what the care society is about: a proposal for social organization that positions the sustainability of life as the priority goal,” the highest representative of the United Nations regional commission explained.

In addition to being essential for the sustainability of life, care sectors have the potential to invigorate economies and create employment, ECLAC highlights, even more so considering the significant increase in the demand for care that is projected due to the demographic and epidemiological transition that the region is undergoing.

The COVID-19 pandemic prompted a setback of nearly 20 years in women’s labor force participation levels in the region, limiting their economic autonomy, according to the Commission’s data. But women’s unemployment levels and their rate of labor force participation are not solely accounted for by the overall weakening of employment due to the economic crisis: the main obstacle to women’s full integration in the labor market is related to the excessive burden of unpaid domestic and care work.

ECLAC has estimated that closing gender gaps in labor force participation could increase GDP in the region by 6.9 percentage points between 2016 and 2030.

The document launched today also flags the significant asymmetry in the total workload of men and women: women work more hours overall, but fewer hours for which they are paid.

The total workload (which includes paid and unpaid work) of women is higher than that of men among the employed population, in all countries and across all age groups, with differences that vary between 2.4 and 20.8 hours per week. Women spend between 6.3 and 29.5 more hours per week than men on domestic and care work.

According to ECLAC’s calculations, women devote 19.6% of their time to unpaid domestic and care work while the figure for men is just 7.3%. That means that women spend nearly triple the time that men do on these activities.

Currently, 10 countries in Latin America and the Caribbean calculate the monetary contribution of unpaid household work. Some of the estimations done in the region quantify the value of this type of work at between 15.9% and 27.6% of GDP. On average, 74% of this contribution is made by women, the document stresses.

“The magnitude of unpaid domestic and care work relative to GDP testifies to its economic importance, contrary to the low social valuation it is accorded and the scant use made of this information for economic policy decision-making,” the publication warns.

Women’s lack of time hinders, for example, greater levels of political participation. In 2021, women held 33.6% of the seats of Latin America and the Caribbean’s national parliaments. It is estimated that at this pace, it will take more than 40 years to achieve parity in these legislative bodies.

In local governments, meanwhile, just 24.9% of elective positions are held by women.

Designing and implementing care policies requires affirmative actions in the area of taxation, employment and productive, economic and social policies in the short, medium and long term, the document contends.

This entails, among other things, guaranteeing the rights of the people who need care and of those who provide care; raising awareness of the multiplier effects of the care economy; implementing policies that contemplate time, resources, quality provision and services; eliminating precarious conditions for jobs related to the care sector; and producing information and furthering the georeferencing of data on time use, women’s labor force participation and gender gaps.

“When we think about the very significant increase in demand for care that is foreseen due to the ageing of the population, it is clear that fiscal policies in the region will face a very important challenge in the coming years, which is to open fiscal space to contribute the additional resources needed to finance the expansion of care networks,” José Manuel Salazar-Xirinachs affirmed.

ECLAC’s highest authority emphasized that “we are at a turning point as countries and as a region. We need to act with a sense of urgency and raise the level of ambition and scale in policy efforts. This is not a time for gradual and timid changes, but rather for transformative and bold policies that really make a difference on development.”

The presentation of the document featured comments by Antonia Orellana, Minister of Women’s Affairs and Gender Equity of Chile; María Ángeles Durán, Researcher at the Spanish National Research Council (CSIC); María-Noel Vaeza, Regional Director for the Americas and the Caribbean of the United Nations Entity for Gender Equality and the Empowerment of Women (UN Women); and Rebeca Grynspan, Secretary-General of the United Nations Conference on Trade and Development (UNCTAD) (by video).

The programme of the XV Regional Conference on Women, taking place in Argentina, includes the launch of several documents with policy recommendations, a high-level debate on the care society, thematic panels on the financing of care and caring for the planet, and a roundtable on co-responsibility for care, in addition to 30 side events, among other activities.