Samantha Nicole Marshall is by profession, an Attorney- At- Law, and has actively practiced from 1998-2014.

Minister Marshall first entered the political arena in 2007 and was first elected to political office in June, 2014 to serve the people of St. Mary’s South and also appointed as a Member of the Cabinet of Antigua and Barbuda. The Honourable Samantha Marshall was appointed Minister of Social Transformation and Human Resource Development, with responsibility for Youth and Gender Affairs has been added to her portfolio.

Minister Marshall is the first of the two elected female of the Majority in the Lower House and the Cabinet of Antigua and Barbuda.

Minister Marshall also served in 2015-2018 as Minister of State in the Ministry of Agriculture, Lands, Fisheries and Barbuda Affairs. Since her leadership within the Ministry of Social Transformation, Human Resource Development, Youth and Gender Affairs, Minister Marshall has spearheaded a number of transformative programmes, to include the Home Advancement, Programme for the Poor and Indigent (HAPPI), The Youth, Education and Empowerment Programme, and the Support and Referral Support Centre for victims of rape and Sexual Assault.

Minister Marshall is passionate about the advancement and protection the people within Antigua & Barbuda and constantly seeks to develop better policies and programs aimed at better social, and economic targets to benefit all, in particular the vulnerable. 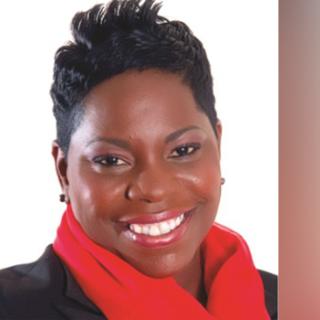