Hon. Delma Thomas is a second term Member of Parliament in Grenada, and has been the Minister for Social Development and Housing since March of 2013.

As an MP, she represents St. Andrew North West, an underprivileged and under-served area in the rural east of Grenada. She was first voted into office in the February 19, 2013 general elections and then again on March 13th, 2018.

Before entering politics, Minister Thomas served as a teacher for thirteen (13) years.  A mother of five (5), she earned a First Degree in Educational Psychology before pursuing her Masters at Cambridge University in the area of Human Resource Management.  In addition to being a teacher, Minister Thomas also worked as a member of the faculty of the St. George’s University before resigning in 2012 to enter electoral politics.

Since becoming a Minister, Mrs. Thomas has created a buzz because of her advocacy for women and children's rights, and for her stance in support of the vulnerable in the society.  Because of her activism, she has been dubbed “the people's minister” by sections of the Grenadian media. 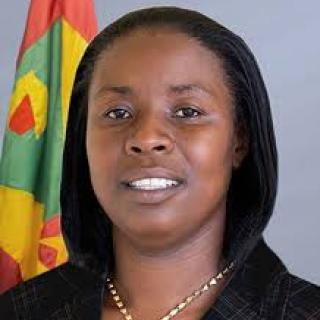 Minister of Social Development, Housing and Community Development of Grenada